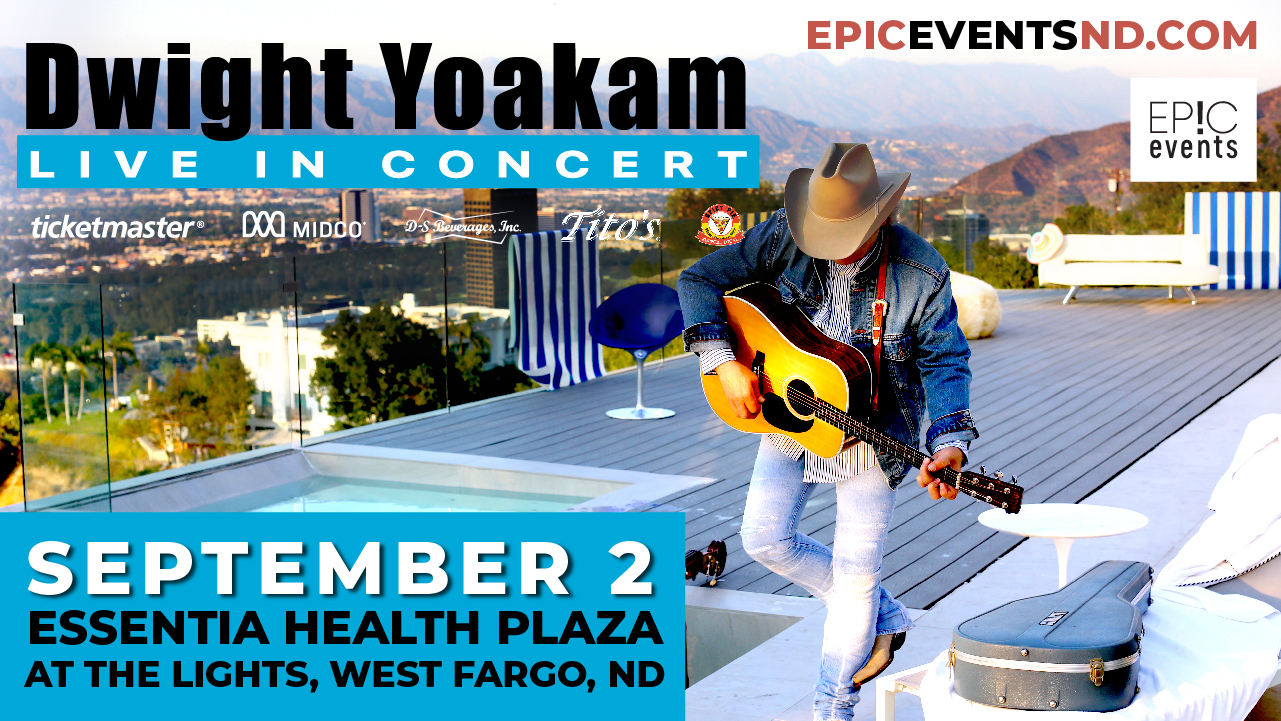 EPIC Events is excited to announce that Dwight Yoakam will be in concert on MIDCO Stage at Essentia Health Plaza at The Lights on Thursday, September 2nd at 7 p.m.

A neo-traditionalist heralded for his stripped-back blend of honky-tonk and Bakersfield country, Dwight Yoakam is a real artist’s artist. Breaking out in ’86 with a string of Top 10 hits, the veteran singer/songwriter has continually helped the genre return to its roots ever since. His refusal to play by the rules has perhaps cost him a greater level of mainstream acceptance, but few other modern-day country performers are as well respected.

Undoubtedly one of America’s best country singers, he has been nominated for the Grammys multiple times throughout his career out of which he has won two. He won his first Grammy Award for his hit ‘Ain’t That Lonely Yet,’ a single from his fifth studio album ‘This Time’. His first significant appearance on the big screen was in the American drama film ‘Sling Blade’.